Joseph Campbell's Monomyth, developed in Hero With A Thousand Faces, describes the common heroic narrative in which a heroic protagonist sets out, has transformative adventures, and returns home. It is a useful formula for comparing literary traditions across time and culture.

Stages of the Hero's Journey

The hero is called to adventure by some external event or messenger. The Hero may accept the call willingly or reluctantly.

During the early stages of the journey, the hero will often receive aid from a protective figure. This supernatural helper can take a wide variety of forms, such as a wizard, and old man, a dwarf, a crone, or a fairy godmother. The helper commonly gives the hero a protective amulet or weapon for the journey.

Upon reaching the threshold of adventure, the hero must undergo some sort of ordeal in order to pass from the everyday world into the world of adventure. This trial may be as painless as entering a dark cave or as violent as being swallowed up by a whale. The important feature is the contrast between the familiar world of light and the dark, unknown world of adventure.

The hero travels through the dream-like world of adventure where he must undergo a series of tests. These trials are often violent encounters with monsters, sorcerers, warriors, or forces of nature. Each successful test further proves the hero's ability and advances the journey toward its climax.

The hero is often accompanied on the journey by a helper who assists in the series of tests and generally serves as a loyal companion. Alternately, the hero may encounter a supernatural helper in the world of adventure who fulfills this function.

This is the critical moment in the hero's journey in which there is often a final battle with a monster, wizard, or warrior which facilitates the particular resolution of the adventure.

The hero again crosses the threshold of adventure and returns to the everyday world of daylight. The return usually takes the form of an awakening, rebirth, resurrection, or a simple emergence from a cave or forest. Sometimes the hero is pulled out of the adventure world by a force from the daylight world.

The object, knowledge, or blessing that the hero acquired during the adventure is now put to use in the everyday world. Often it has a restorative or healing function, but it also serves to define the hero's role in the society.

The hero comes back from this mysterious adventure with the power to bestow boons on his fellow man. 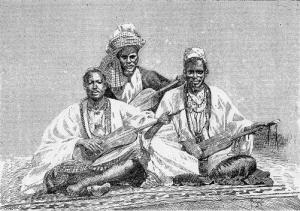 Sundiata (also spelled Sunjata, Sundjata, or Soundjata) is an oral epic celebrating the life of Sundiata, the founder of the thirteenth-century Mali Empire of West Africa. There are written versions of the epic (just as there are written summaries of movies or film adaptations of books) but its original form is as an oral poem, performed by a jali - a professional bard. 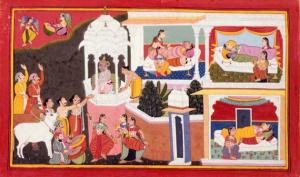 The Ramayana originated in north India as an oral epic poem, performed with musical accompaniment and dance. Written, illustrated manuscripts of the poem were later produced from Pakistan to Indonesia. This means that the Ramayana has expressions in oral performance, dance, music, literature, and illustration. Modern iterations of the tale extend to film, television, comic books, and animation. 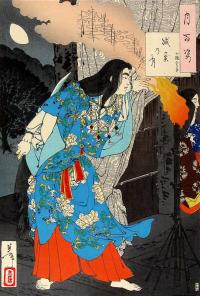 The tales of Prince Yamato Takeru are told in the Japanese chronicles Kojiki, Nihon Shoki, and others. This image, from a 19th century woodblock print, depicts Yamato as he is about to set off on his adventures.

The original Star Wars films provide one means of introducing students to this analytical technique. Though current students may have little familiarity with the original trilogy, the 2015 Star Wars: The Force Awakens invited new viewers to learn about the characters and storyline of the films from the 70s and 80s. This site, which was a collaboration between NASA and Lucas, breaks down the original three films according to Campbell's Hero's Journey. Don't worry - if Star Wars is not a good option for your students, a quick search will turn up analysis dozens of modern and classic tales broken out into the stages of the Hero's Journey.

Also, for those who are interested, Kurt Vonnegut provided this witty alternative to the Monomyth.

Kurt Vonnegut on the Shapes of Stories

Read about the project.