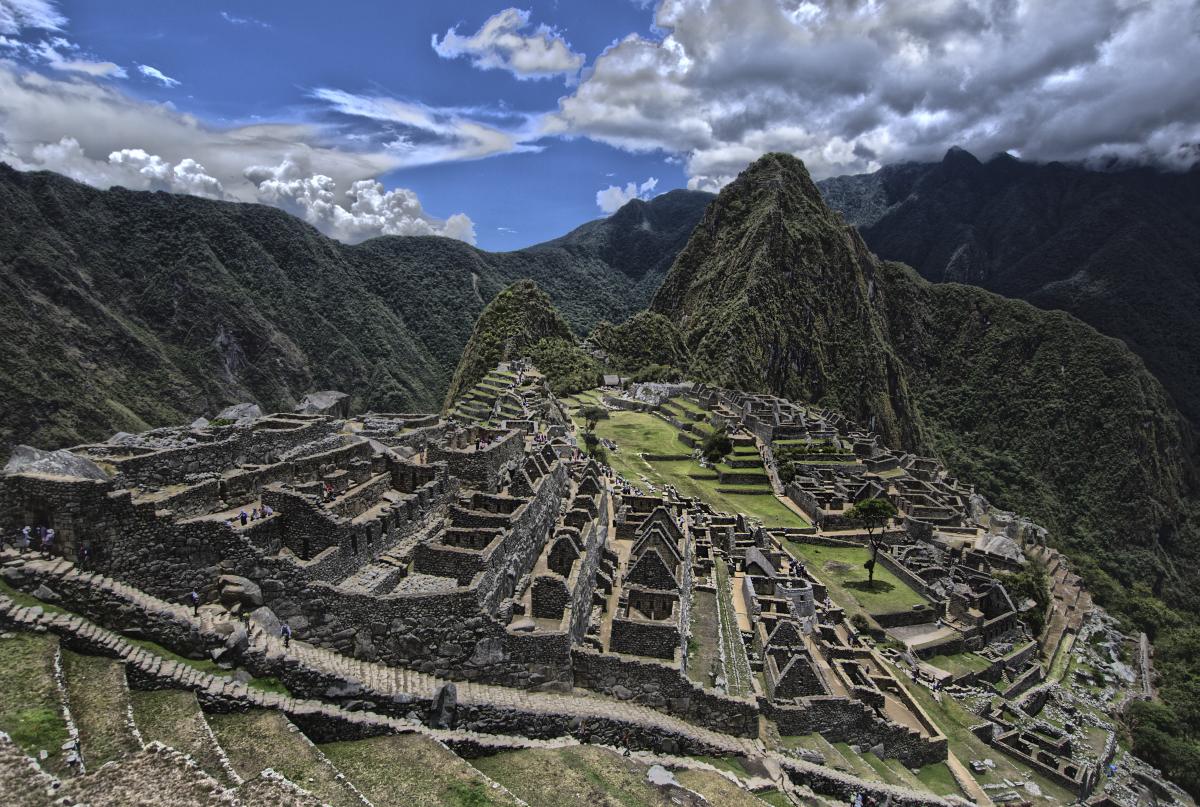 “The story of world history, if it is to be balanced and accurate, will inevitably consider the natural environment and the myriad ways in which it has both affected and been affected by human activities…Economics, trade, and world politics are regulated, whether humans wish it or not, and whether they are conscious of it, by the availability, location, and finite nature of what, in the language of development, are called “natural resources.”” 1

Our program will begin with an introduction to environmental history and an exploration of environmental change since World War I. Succeeding talks will press further into the past, addressing a variety of commonly taught World History themes, including: agricultural production, imperial expansion and de-colonial movements, maritime exploration and trade, gender, industrialization, disease, and war.

This institute is open to community college instructors and AP-level high school teachers. There is no cost to attend. Space is limited to 30.

Check in and breakfast

Environmental History in World History since 1918: Into the Anthropocene?
John McNeill

This talk will introduce the field of environmental history briefly and then explore the character, scale, scope and pace of environmental change around the world since WWI.  It will conclude with reflections upon whether or not we should consider that either history, or the Earth, has entered into a new interval of time, the Anthropocene.

The Politics of Plants in Philippine Colonial History
Kathleen Gutierrez

What makes plants political? What do tobacco, mahogany, and jasmine have to do with Philippine colonial history? This talk explores the politics of three plants across the Spanish and U.S. colonial periods in the Philippines. Participants will learn how plants significantly shaped Philippine colonial and anti-colonial history, explore the similarities between the Spanish and U.S. imperial projects in the Philippines, and consider what botany reveals about imperial histories and worldviews.

This talk provides an overview of the rapid expansion of the Russian Empire from the sixteenth century onward, an expansion primarily driven by the quest for natural resources such as furs and timber (the pursuit of fur-bearing mammals even brought the Russians all the way to California!) Comparisons will be made with other empires, exploring topics such as the purported differences between colonies of overland and overseas empires, the roles played by frontiers and borderlands in shaping imperial development, and interactions between settled and nomadic societies. The talk will conclude with a look at the importance of resource extraction in shaping Soviet development, ecological disasters such as the disappearance of the Aral Sea, and the role of “econationalism” in understanding the Soviet collapse.

Check in and breakfast

The Pacific Ocean is not only the earth’s largest geographic feature but also one of the most understudied regions of the world.  The talk will give a brief overview on the history of the Pacific and center on the environmental impact of the eighteenth-century European and Euro-American wave to the region.  Special attention will be paid to the “Great Hunt” – the near extermination of marine mammals—and the Guano rush of the nineteenth century.

The Tar Sands in Northern Alberta, Canada is one of the largest industrial projects on earth, each day producing upwards of 2.3 million barrels of oil and releasing more greenhouse gases than all the cars in Canada combined.  Aboriginal people living downstream from the Tar Sands have been disproportionately harmed by Alberta’s oil industry; toxic chemical by-products have poisoned their food and water, causing health conditions such as rare cancers.  In this presentation I demonstrate a transnational feminist approach to teaching the Tar Sands, placing today’s industrial practices within a longer history of settler colonialism and petrocapitalism.  Drawing on indigenous feminist scholarship and activism, I argue for the importance of foregrounding reproductive justice in environmental history and amplifying the voices of those most affected by environmental violence.

During the 19th and 20th centuries, the construction of the first modern dam on the Nile River, the 1902 Aswan dam, and the Aswan High Dam caused the prevalence of parasitic disease in Egypt to soar as a result of an evolution in the ecologies of Nile-fed agriculture. New irrigation practices and labor regimes transformed the nature of bodily interactions between agricultural populations and the environments in which they lived and worked. This talk chronicles the history of the epidemic of parasitic disease, specifically schistosomiasis and hookworm, that resulted from the transformation of Egypt's agricultural landscape in the 19th and 20th centuries.

Do you know how atmospheric CO2 leads to global warming? Are you familiar with the North Atlantic Oscillation? Can you describe the ENSO? These two video playlists will give you a crash course in some climate basics. You'll find this background helpful in discussions about environmental history.

Global Warming: It's All About Carbon video playlist

"Global Impact of the 1789 - 93 El Niño" looks at the evidence for and possible global ramifications of an unusually strong El Niño cycle over 100 years ago.

The Rachel Carson Center for Environment and Society offers this rich playlist of short (3 - 4 minute) video interviews with its affiliated scholars.

"Air Pollution and Climate Change" from the Sinica podcast examines China's environmental policies in the past decade.

Generation Anthropocene, a podcast based at Stanford, addresses modern and historical interactions between humans and environment.

The Ottoman History Podcast is an incredible source of scholarly interviews and discussions about the MENA, including this subset of episodes addressing environmental history:

Tracing Plague in the Ottoman Empire

Disease and Landscape in Medieval and Early Modern Europe

War, Environment, and the Ottoman-Habsburg Frontier

American History Association: Teaching Environmental History in the US and World History Surveys